For the record, investigating is a lot easier when you have help. In the last few days, I received the NY and CA addresses for former SFP principal Br. Michael Moran, as well as his email address, and many current pictures of him. I also received the name of a now famous criminal reporter who wrote an expose about Moran in 1983, shortly after he left his position as chaplain of Hofstra University (which is where he went to work directly after he was arrested for child molestation while he was principal of St. Francis Prep in 1980).

I also received the following two screenshots of emails sent over a year ago to Father William F. Sweeney about Br. Dominic Quigley. These were apparently sent to Fr. Bill in September, 2013: 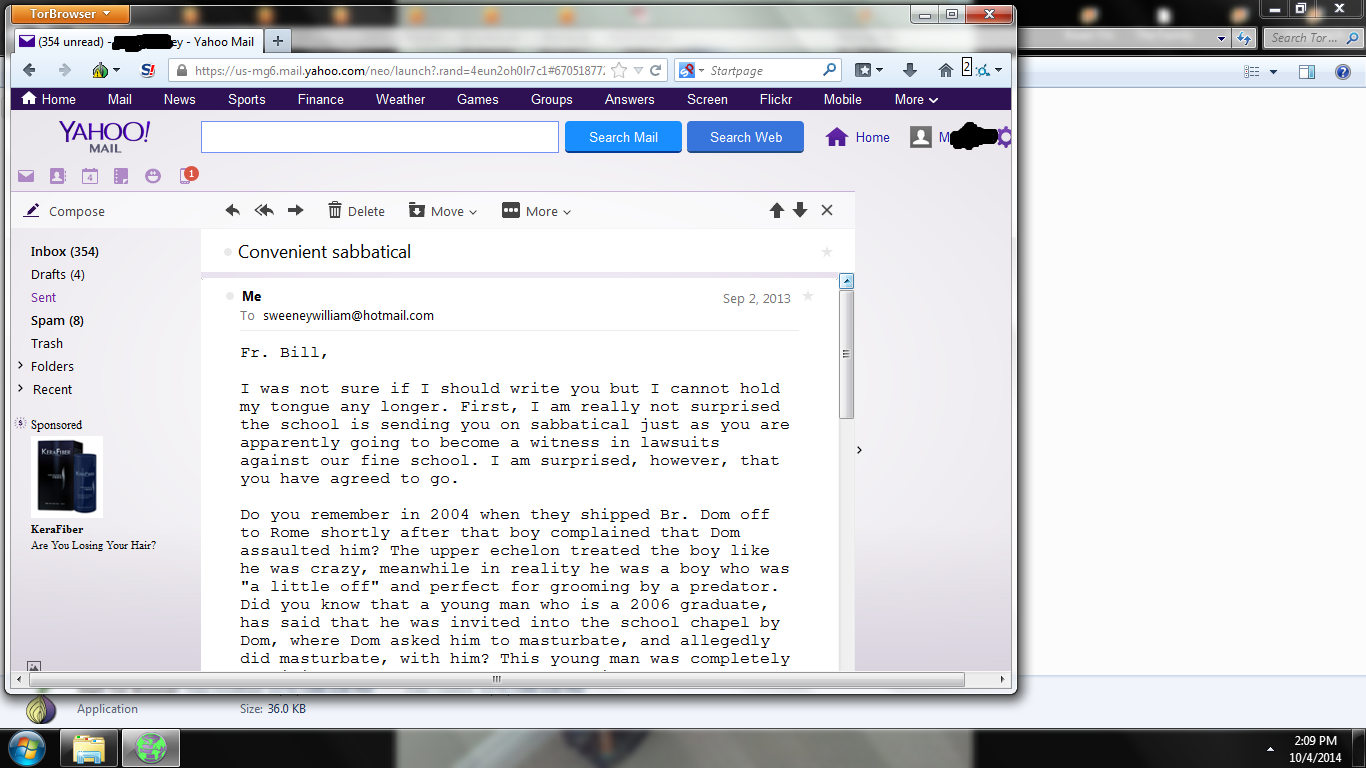 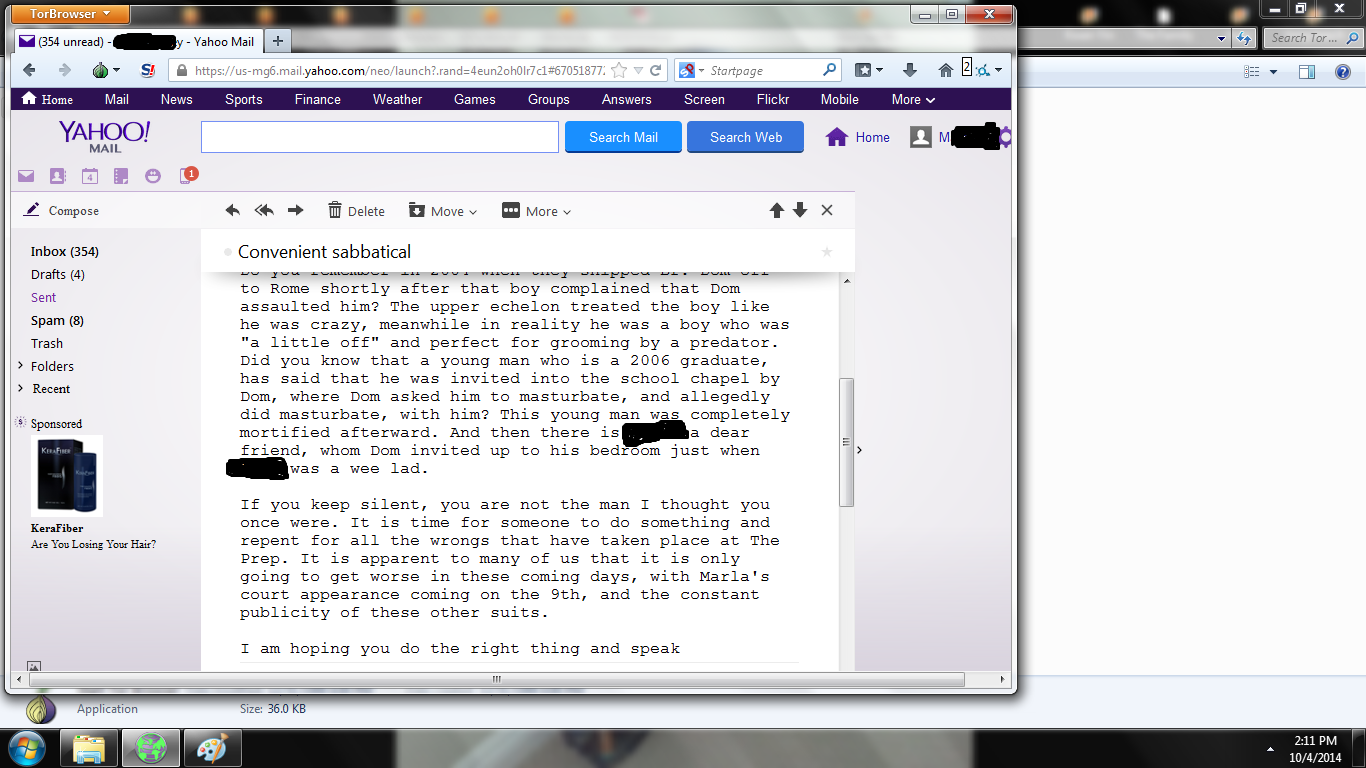 I am not aware of any 2006 graduates who may have complained about Br. Dom.

I can tell you that one of the men who contacted me as a St. Francis Prep sexual abuse victim messaged Father Bill on Facebook and told him his story. This man's family has been good friends with Father Bill for years. The message sent to Father Bill is marked read, but the man received no response. Weeks have gone by since this message was sent. I really can't see the harm in a priest saying "I'm sorry for your pain, I wish you much peace" or something of that nature, especially considering the longstanding relationship this man's family has had with Father Bill.

It's a shame. It really is.

UPDATE: Within minutes of this blog being posted, an SFP alum who was friends with the boy who complained to the administration about Br. Dom sexually assaulting him in 2004 confirmed the incident discussed in the above email. He also confirmed the boy's name.

UPDATE 2: 10/9/2014 - I spoke with Queens, NY Special Victims Bureau Assistant District Attorney Ken Applebaum, who is handling the Br. Dominic Quigley investigation. Two more men contacted him directly to report that they were abused by Br. Dom. Mr. Applebaum would like anyone abused by Br. Dom to contact him at 718-286-6527.