It's Not Mr. K...and a Few Other Points, Like Why Did I Write the Blog In The First Place

Ok, so that was some horrible news today about Mr. K getting fired. It's sad and disgusting, but if you ask me whether I am surprised the administration would do something like that, it would be a wholehearted "NO." Next, I want to say Mr.K is not alluded to in any of the Burn blogs. He is not the "pervert" in the religion department Carolyn Szostek told me about. So that means someone else is the alleged pervert.

Carolyn also told me that on any given day, one of the school's goals is to stay under the radar of the bishop. I had been contemplating coming out as a gay woman and she advised against it. "Keep it to yourself," she said "and don't talk about your personal life." She told me that if it became well known at the school that I'm gay, they would most likely have to fire me. I thought this was interesting because St. Francis Prep operates independently of the diocese and is governed by its own Board of Trustees (who are white guys who are like 100 years old, but that's another story) so I wasn't too sure why they would "have to" fire me.

Next, I want you to read a couple of posts from my site and the blog comments.

This was posted on Burnandrotinhell.com today:
To SFP, Its been a while. But I just found out about this website. And I'm happy to hear about its popularity. When I was at prep, there was quite a bit of visible corruption. Big contributors to the school's foundation would be rewarded with easy As for their children. Kids who paid to dress down would be written off detentions left and right. I had a few late detentions and was offered time and time again to get them written off if I started to 'participate' in fundraisers. On numerous occasions when I pointed out the injustice going on I would suddenly find out my detentions were going up and be consequently shook down by one of the deans. I know more and it will come out. Ask yourself SFP, where did brother Benjamin (Spanish) go? Hes out there somewhere repeating his offenses on others. Everyone knew what happened but no one said anything. Parents pay SFP for a piece of paper and the illusion of shelter from the outside. Go Burn and rot in hell!

This is a comment from the Dec.26th Burn blog:
All of you prep defenders talking about ignorance and respect.. calling someone a "lesbo" is both ignorant and disrespectful. Like prep, you are falling into hypocracy. Mr. C - male gym teacher, still works there - office is located in the boy's locker room.. constantly telling female students to go to his office for some bullshit - that's not creepy? Mr. K being fired for expressing himself, very Catholic of you. Why the fuck are you defending a school... a school that charges WAY too much in my opinion. All of the students there, probably you people included are minions of what is supposed to be. Life isn't perfect - what makes you think that every staff member of SFP are? If people who deserved to be fired were actually fired there wouldn't be a school.

My years at St. Francis Prep (2002-2006) were absolute HELL. I wasn't wealthy, so I was constantly put down by the students who were. The amount of cliques in that school and the teachers who were in them as well is disgusting. Student cliques are found everywhere, true; but for staff to get involved it's absolutely fucking ridiculous.
Go fuck yourself St. Francis Prep.

Everyone who thinks I made a mountain out of a mole hill, you haven't even seen the mountain yet. The mountain is so big it makes Everest look like a fu*king bunny slope.

Next, everyone keeps asking "Why now?" "Why two years after you were terminated are you writing this?" This is why, there are 3 reasons:

1) I read on the alumni site about the "new administrative structure" for St. Francis Prep starting in September. This new administrative structure is bullshit, to put it bluntly. Br. Leonard will be President and Pat McLaughlin will be Principal. All the same people will be running the school, and we see how well that works. I was so disgusted, I wanted to put all the cards on the table. So far some are on the table, a mere few.

2) Newtown. Children seeking an education deserve better than what they are getting at Prep,and to be protected.

3) The admins at Prep posted a "we hope you have peace in your heart" message to me on my site. But that is typical Prep fashion, to take a shit on someone and then wish them peace. I'm sure they wished Mr. K peace after 35 years of teaching there, too.

Now, I want to say I am calling for a 30 year investigation of the school, from the day Br. Leonard took office until today. If they have nothing to hide, they should say, "C'mon in and take a look" without hesitation. My life is an open book and you all can google me, background check me, run my fu*king fingerprints with the FBI, or whatever. I think Prep needs a little background checking, by an independent body. I would love it if someone would start a petition calling for this tonight, but I know it's late so if not I'll start one tomorrow. 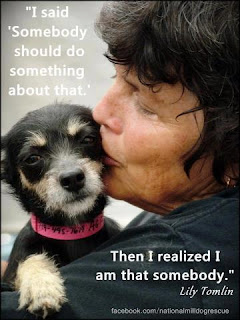