UPDATE MAY 14, 2016: CLICK HERE TO READ THE UPDATE BLOG: JASON BERLIN IS A RAPIST WHO IS GOING TO JAIL

UPDATE: This piece of crap, Jason Berlin, was charged with rape in San Diego on October 21, 2015. Here is the link: http://www.nbcsandiego.com/news/local/San-Diego-Efficient-Pickup-Rape-Unconscious-Woman-Gaslamp-335042701.html


Jason Berlin is a real estate investor and sole shareholder of the corporation Venture Pursuit, Inc. in San Diego, CA. He calls himself the "real estate panther." On his website, he claims to have purchased over 100 properties leading to over four million dollars in profit from "flipping." He portrays himself on his website as being extremely successful, and offers to impart his wisdom to the masses so that they, too, can be huge and wealthy successes. Of course, this comes with a fee of $197.

I am also a real estate investor (on a much smaller scale), and as we know, I am good at separating fact from fiction. So let's take a quick look at the facts to learn a little bit more about Jason Berlin.

Jason Berlin lives in a basement apartment valued at about $250,000. This is fact. Jason had negative income of approximately $14,000 on his 2014 tax return. That is also a fact. So far, I am not seeing the successful entrepreneur Jason claims to be. Are you?

Jason Berlin is also named in this October, 2012 Campus Crime and Safety Alert by the University of San Diego, which you can find here: https://www.sandiego.edu/safety/clery-act-compliance/alerts.php

The purpose of the alert is to "keep all members of the University of San Diego community up to date with and aware of all ongoing criminal acts." When you scroll down, you will see this about Jason: 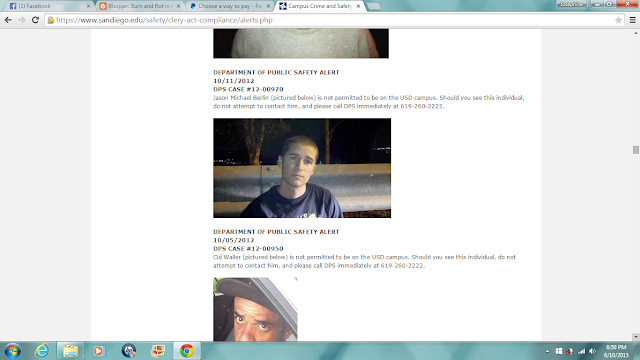 Do successful real estate investors have to resort to campus crime?

I have been in contact with several people who will never do business with Jason Berlin again.
One of them stated in no uncertain terms he'd been "burned by Jason & Co."

This leads one to wonder if Mr. Berlin is ethical in his business dealings. He does push the scam artist Tai Lopez on his website. 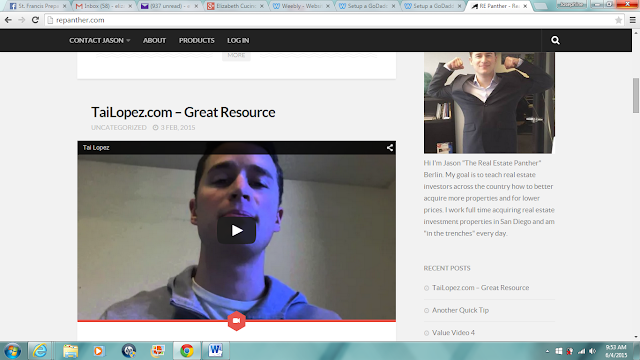 If you haven't heard about Tai Lopez, you can read this: http://somefinalwords.blogspot.com/2015/02/insight-junkie-history-of-tai-lopez.html

I don't know about you, but that's not the type of guy I would be promoting on my website, unless I was a scam artist, too.

So how does Jason make the money he makes? Here's his magic formula, valued at $197:

The amount you are left with is your maximum offer price to buy the property.

Most realtors, when taking offers from investors, will require that the investor view the property before submitting an offer. This is the realtor's way of knowing an investor is for real, and that they understand what they are getting into in terms of the amount of work that needs to be done on the property.  In other words, this is a precaution that weeds out investors who will back out of the deal after an inspection is made on the property, from investors who are all in regardless of the amount of work to be done. However, Jason rarely, if ever, views a property before he makes an offer on it. What he will do, is say his contractor, Sean O'Neill, went to see it for him.

However, there is no Sean O'Neill who works for Jason Berlin. Jason just says that to appease realtors, hoping they will present his offer as viable. Maybe that's why some realtors feel so strongly about never doing business with him again.

After all, no one likes to be lied to.