This is a fantastic day. This is a day that keeps me going, keeps me believing, and keeps me knowing that justice will eventually be served.

I am happy to announce that the judge in Felicia Mooradian's breach of contract lawsuit against St. Francis Prep has decided her lawsuit will proceed.

In other words, the Court denied the school's motion to dismiss that it filed last year.

You may remember that in her lawsuit, Felicia alleges that she experienced sexual harassment by Assistant Principal Christopher Mendolia while he was her driver's ed teacher. She also alleges that former music teacher Fernando Sicilia sexually harassed her as well. 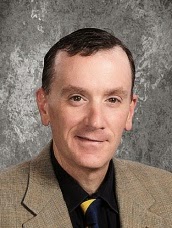 In its decision, the Court stated that St. Francis Prep had an implied contract with Felicia. Specifically, it said:

"The essence of the implied contract is that an academic institution must act in good faith in its dealings with students. The rights an obligations of the parties  as contained in the school's bulletins, circulars, and regulations made available to the student become a part of this contract...Here, plaintiff's breach of implied contract cause of action is predicated on St. Francis Prep's alleged failure to comply with its obligations as set forth in the school's mission statement and faculty handbook. Specifically, the amended complaint alleges that St. Francis Prep breached its implied contract with plaintiff in which St. Francis Prep, its officials, and faculty were obligated by the terms of the St. Francis Prep mission statement and faculty handbook to:
'(1) treat students (including Plaintiff) with respect, integrity and dignity, (2) create a school environment filled with, inter alia, respect and integrity, (3) not intentionally expose students (including Plaintiff) to embarrassment, disparagement, or abusive language, (4) not use professional relationships with students (such as Plaintiff) for private advantage, and (5) not create, foster, or exacerbate conditions harmful to students' (including Plaintiff's) ability to learn, or to their health and safety.'
Accepting the allegations in the amended complaint as true, the court finds that plaintiff has sufficiently pleaded a cause of action for breach of contract against St. Francis Prep."

THIS IS HUGE. This means that any student who feels that St. Francis Prep has broken any of its promises made in school literature may have a lawsuit for breach of contract against the school.
If you, as a student, feel that Prep did not live up to its promises to you, you now have very good reason to think about suing them. And, you have six years to do it, since the statute of limitations for breach of contract is six years from when the breach occurred.

I can't express enough how huge this is for students' rights. It is monumental.

What a very, very good day it is.